Tics are irregular, uncontrollable, unwanted, and recurring movements of muscles or sound. Tics deviate from a person’s normal gestures. They may occur in any part of the body. For instance, a person with tics will blink repeatedly, even if nothing is irritating their eyes.

The movement of the limbs and other body parts are motor tics. Involuntary repeating sounds, such as grunting, sniffing, or throat clearing is vocal tics.

Tic disorders start in childhood, first presenting at about five years of age. Generally, they are more common among males compared with females.

People experience tics differently. They can suffer from either uncontrolled movements or noises. Tics are common in children and can last for less than one year. Children with transient tic disorder have noticeable physical or vocal tics.

The Types Of Tics Disorders

Most cases of tics can be temporary and resolve within a year. Although, some people who experience tics develop a chronic disorder. Chronic tics affect about one out of a hundred people.

What Is Transient Tic Disorder?

What Are The Symptoms Of Transient Tic Disorder?

Tic disorders are Tourette syndrome, chronic motor or vocal tic disorder, and transient tic disorder. Your doctor will diagnose your tic disorder as nonspecific if your symptoms will not fall into one of these categories.

Tics are often confused with nervousness and anxious behavior. Tics intensify during periods of stress. They do not happen during sleep. Tics occur repeatedly, but they do not generally have a rhythm.

People with tics disorder may uncontrollably raise their eyebrows, shrug their shoulders, flare their nostrils, or clench their fists. These are physical or motor tics. Sometimes a tic causes you to repeatedly clear your throat, click your tongue, and make a certain noise, such as a grunt or a moan. They are vocal or verbal tics.

There is no identified cause of transient tic disorder. a combination of factors influences or causes it. Some research states that tic disorders can be inherited.

Abnormalities in the brain can be responsible for tic disorders. Such abnormalities or chemical imbalances are the cause of other mental conditions. Like depression and attention deficit hyperactivity disorder (ADHD). 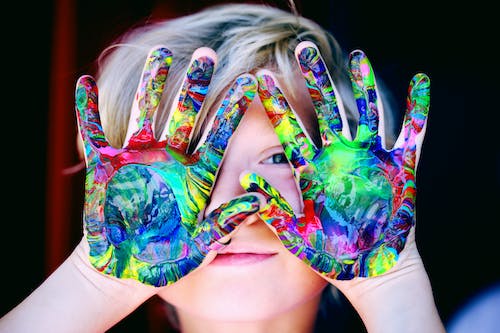 How Is Transient Tic Disorder Diagnosed?

There is no main test to diagnose transient tic disorder or other tic disorders. They can be difficult to diagnose, as tics are sometimes associated with other conditions. For instance, allergies might be a cause for a repeated sniffing or twitching of the nose.

If you have tics, your doctor will begin your medical assessment by performing a physical exam (maybe a neurological exam) and medical history. It will help to find out any underlying medical condition as the cause of your symptoms.

Your doctor can order other tests too. Such as brain CT scans and blood tests, to determine if the tics are a symptom of other severe diseases such as Huntington’s disease.

You have to have these symptoms to meet all the following conditions to receive a transient tic disorder diagnosis:

How Is Transient Tic Disorder Treated?

Transient tic disorder in children mostly goes away without treatment. It is important that the family members and teachers do not call attention to the tics. The attention can make the child more self-conscious and intensify their symptoms.

A combination of therapy and medication helps in situations where the tics affect work or school. Stress makes tics worse and more frequent. To learn techniques to control and manage stress are important.

Cognitive-behavioral therapy is also useful to treat tic disorders. During the sessions, a person learns to avoid and control self-destructive actions. It helps in controlling their emotions, behaviors, and thoughts.

Medication cannot completely cure tic disorders, but it can reduce symptoms. Your doctor can prescribe a drug that reduces the dopamine in your brain. Drugs such as fluphenazine, haloperidol, or pimozide (Orap). Dopamine is a neurotransmitter that influences tics.

Your doctor can also prescribe antidepressants to treat your tic disorders. Antidepressant drugs help in treating symptoms of anxiety, depression, or obsessive-compulsive disorder, and may help with the complications of transient tic disorder.

What Is The Outlook?

Living with transient tic disorder is frustrating at times. But, it is manageable with proper treatment. The best remedy you can do yourself is to keep your stress at reasonable levels to help reduce your symptoms. Therapy and medication also helps relieve symptoms in some cases

Parents of children with transient tic disorder play a significant role in providing emotional support and help. It is to ensure that their child’s education and career do not suffer.

Typically, tics disappear after a few months. It seems to indicate that children experiencing tics who had none over a year ago have a favorable outlook. However, those children have about a one in three chance of remaining tic-free over the next five to ten years.

Parents should keep an eye on changing symptoms. In some cases, transient tic disorder can develop into a serious condition, like Tourette syndrome.

What Is Tourette’s syndrome?

Symptoms of TS vary in their seriousness over time. For most people, symptoms improve with age over time. TS is often accompanied by other disorders, such as attention deficit hyperactivity disorder (ADHD) and obsessive-compulsive disorder (OCD).

The exact cause of tic disorders is not yet identified and stays unknown. Tourette is a complex syndrome and involves abnormalities in various parts of your brain. And, the electrical circuits that connect them. An abnormality can exist in your basal ganglia, the part of your brain that contributes to controlling your motor movements.

The chemicals called neurotransmitters in your brain that transmit nerve impulses may also be involved.

Within Tourette syndrome’s research, studies have found some particular genetic mutations that may play a role in rare cases. Brain chemistry is also important, especially brain chemicals such as glutamate, serotonin, and dopamine.

Tics, having a direct cause fit into a different category of diagnosis. The direct causes can be:

How is Tourette’s Syndrome diagnosed?

The simple symptoms of tic disorders are the presence of one or more tics. These can be:

Tics are also divided into these following categories:

Tics are generally preceded by an uncomfortable urge, such as an itch or tingle. It is possible to hold back from carrying out the tics. But it requires a great deal of effort and often causes tension and stress. Relief from these sensations is experienced only upon carrying out the tics.

Anxiety, anger, and fatigue can make the symptoms of a tic disorder worse.

The symptoms of tic disorders:

People with Tourette syndrome may have other conditions, like:

What Are the Risk Factors Of Tourette’s Syndrome?

Conditions and states related to tic disorders, especially in children with TS, include:

Other complications associated with tic disorders are the effects of the tics on self-esteem, self-image, and self-confidence.

Some researchers have found that children with TS or any tic disorder experience a lower quality of life and have lower self-esteem than those without any of these conditions.

People with Tourette’s Syndrom experience difficulties with social functioning and tend to have social anxiety, ADHD due to their tics. 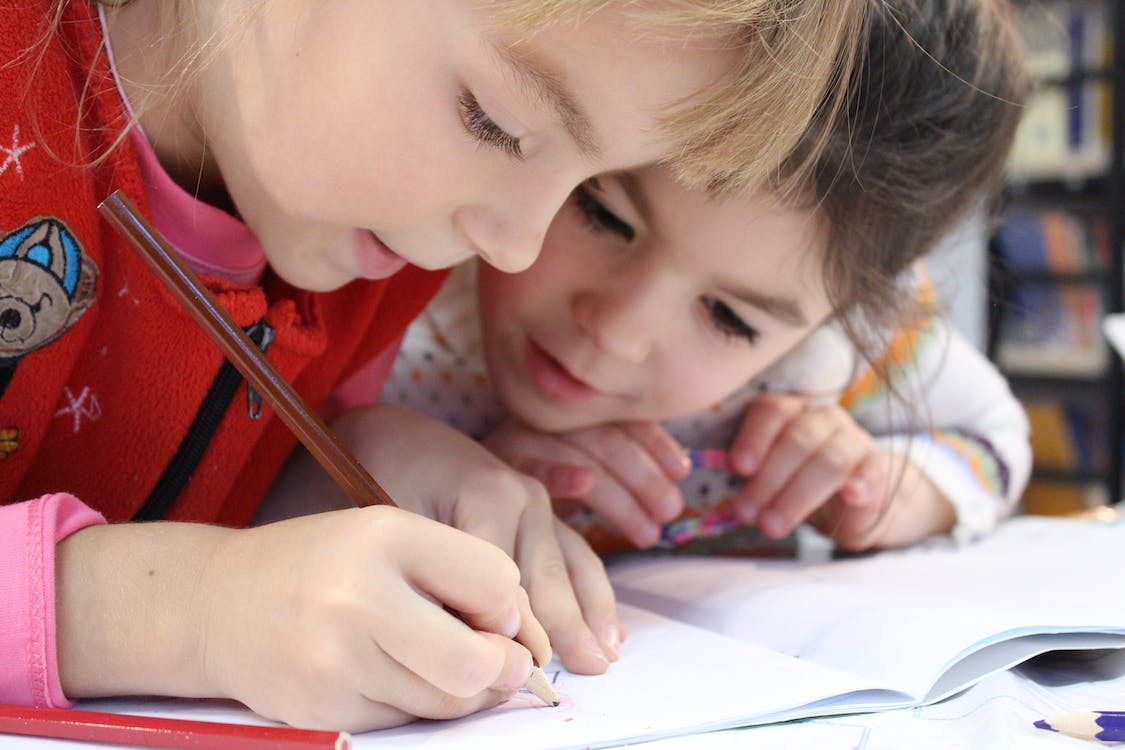 What Is The Treatment For Tourette’s Syndrome?

If your tics aren’t that severe, you may not need treatment. But if they are severe or lead you to harm yourself. There are several treatments are available for tic disorders. Your doctor may also recommend treatments if your tics worsen during adulthood.

Deep brain stimulation is a form of treatment available for people with severe tics. For people with Tourette syndrome, the effectiveness of this treatment is yet under investigation.

Your doctor can implant a battery-operated device in your brain to give stimuli to the parts that control movement. Ultimately, they can implant electrical wires in your brain for sending electrical stimuli to those areas. This method is useful for some people with them deemed difficult to treat. But you should always talk to the doctor about the potential risks and benefits for you.

This type of therapy also helps ease symptoms of ADHD, OCD, and anxiety. Your therapist can also use the following during psychotherapy sessions:

You might find group therapy helpful as you would receive counseling with other people of the same age as yours who are also dealing with Tourette syndrome.

Medications cannot cure Tourette syndrome. However, your doctor can prescribe one or more of the following drugs: 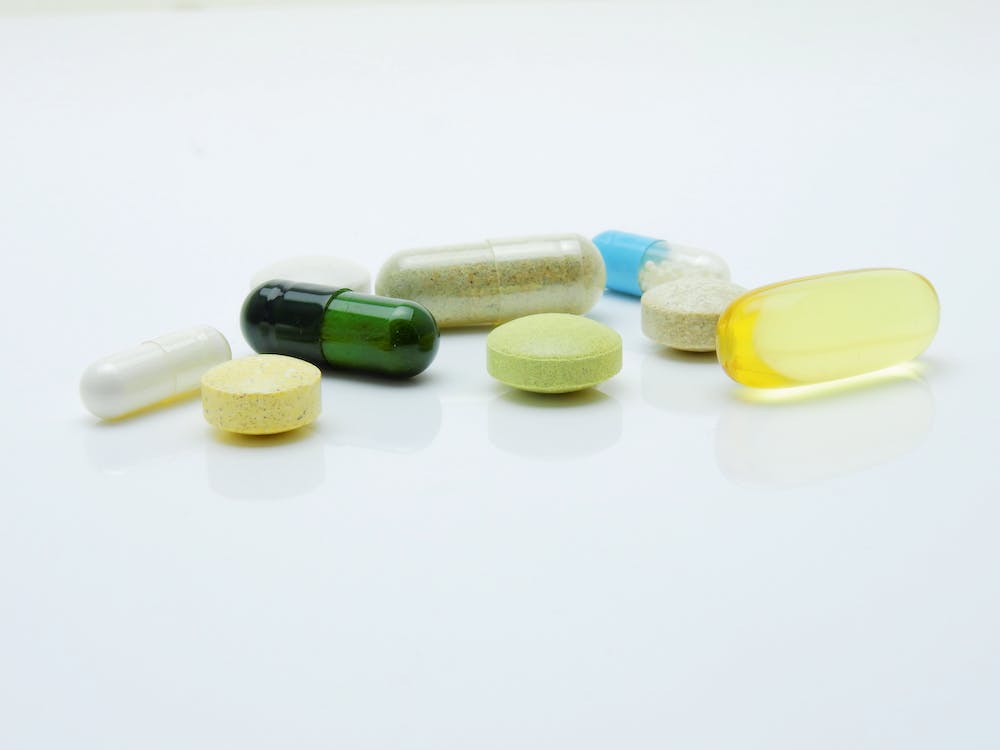 How To Celebrate A Birthday Alone?

The Seven Ages Of Man By William Shakespeare (Summary)

Dreams – What Are Dreams In Psychology?

Why Do People Kill Themselves? What is Suicide?

How To DIY Coffee Facial At Home?

What is Happiness? 10 Simple Ways to Achieve Happiness

Why Do People Kill Themselves? What is Suicide?

How to Overcome Depression on Your Own?

What is Neurosis? Causes, Kinds, Treatment